Reddit Treasure Trove: The 7 Subreddits That Will Change Your Life

I used to think Reddit was a place of procrastination. A place where you went to see fluffy cats, the most fucked up pictures on the Internet or avocados having sex.

And while Reddit can be just that, it can also be a great place for personal growth.

This article is not written with the intention to praise Reddit, but Reddit sure did change my life for the better. Whenever I had a personal question on whatever subject, I could just go to the appropriate subreddit and ask for a solution. And when I had written decent content or some nice Android apps, Reddit was always there to help me promote my material. Of course, it can also be a very mean and nasty place, but only if you’re a spammer, don’t know the rules or (plain and simple) if your work sucks.

The best and worst thing about Reddit is that you can make it whatever you want it to be. You can create your own bubble of positivity, growth and productivity! Or you can choose to look at mind-numbing pictures all day.

I did the former, and I would like to share with you some of my favourite subreddits and the one post in each subreddit that literally changed my life.

Each morning I surf to this subreddit and look at some motivational quotes or videos. It’s a great way to get you pumped to start the day with a positive mindset. Here’s one of my most favourite quotes ever: 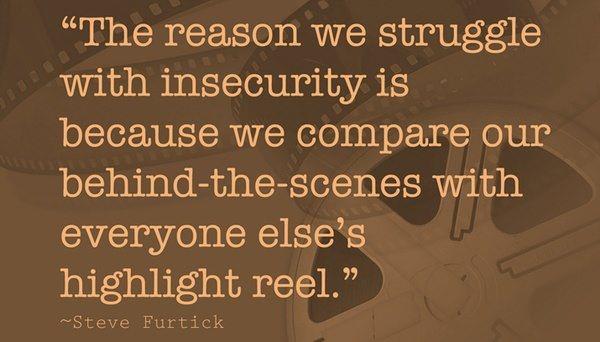 There’s this one sentence which particularly struck me: “Sometimes the people that seem like they have everything are the saddest you know.”

Another gem I discovered while browsing this subreddit: 11 Ways to be Unremarkably Average by my new favourite cartoonist (formerly xkcd). The quote at the bottom is from Chris Guillebeau, one of my favourite authors, who will soon have completed his quest to visit all countries on earth.

Although I’m not a complete social retard, I do find most of the advice on this subreddit very useful. I’m kind of shy and going up to people to talk to them is very difficult for me, so I really like the posts on coming out of your comfort zone. Of course, there’s a huge difference between reading about social skills and actually going outside and doing it!

There’s one guy doing a 30-day challenge where he goes out and just does random stuff to get out of his comfort zone. This strongly reminds me of the Stylelife challenge (book and 30-day challenge by Neill Strauss). In fact, I like this idea so much that I will be doing my own 30-day challenge and I invite you to join me. More info very soon.

Another post that was extremely interesting to me was about making new (same gender) friends. This is something I’m not very good at as I just don’t know what to say if someone I don’t know is sitting next to me. I’m always afraid it’ll turn into an awkward shitfest so usually I just don’t initiate a conversation. I don’t like this aspect of myself, because it’s extremely awesome and liberating to be able to talk to strangers!

So umm, I know I’ve been whining about how awesome it is to quit drinking lately. I know this pisses off a lot of people, but frankly I don’t really care.

This subreddit is all about quitting or cutting down alcohol. Most of the people on there are hardcore alcoholics, but even if you’re just a college student who feels the booze makes him a tad unmotivated, this place is really, really helpful.

One of the best posts on there is “For those struggling with the label Alcoholic and if it applies to them“. I hope I can help some people out there by spreading the word 🙂 Here’s some advantages of quitting, a story on how most Russians see drinking as a hobby which makes it so difficult to quit, the story of a man who overcame his drinking after being sentenced for a felony DUI and finally some more advantages of quitting alcohol.

There’s a similar subreddit for people who are trying to quit smoking pot.

don’t believe me? Check out this TED talk. Then read this article.

One of the most motivating posts I found on this subreddit:

Whether you have a girlfriend or not, this subreddit will help you tremendously. It’s about so much more than seduction. The most important lesson it will teach you is to not give a fuck about what other people think of you. Happiness comes from within. It’s all in your head. Your relation with this world, with other people, it does not exist outside yourself. Once you grasp this, you can take on the world.

What really helped me in this respect are Andrew Hales’ Losing All Hope Was Freedom channel on Youtube. He kind of brought home the message to me that it really doesn’t matter what you say or even how you say it. It really is just being confident and not caring about other people’s opinion. What if you get rejected, what if you don’t get a reply, what if you get a sincere ‘fuck off’, what if people make fun of you. Then NOTHING. You just go on with your life. Vitaly’s Youtube channel does exactly the same thing. Also check out this interview with Vitaly, motivates me to pursue my dreams (Vitaly wants to become an actor). Both Andrew and Vitaly, thanks for motivating me. Keep doing what you’re doing and never give up on your dreams 🙂

“Women want men that will change the world“, some great 4chan advice. 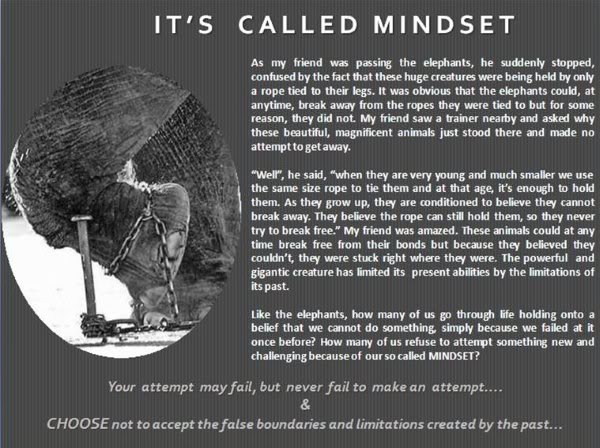 And here’s the best book ever on the topic of man versus woman. It’s a collection of a series of posts of an individual calling himself “Pook” on a certain seduction forum. It’s a MUST READ for every male. It will open your eyes, not only in regard to seduction, but also personal growth, life and so much more. It’s about confidence, about embracing life, about a certain, incredibly powerful mindset.

Want to lose weight? Like, for real? Then try keto. It is the single best diet you can follow to actually lose weight. And if you do it right, you will also kick your sugar addiction in the process.

I don’t know if you realize, but refined sugar is so much worse for your body than fat. Especially in the amounts we consume it in.

If you don’t want to do keto, you can just do a less drastic version: quit binging on processed foods and soda drinks. Just eat whole foods and some oatmeal or bread if you must. Eat plenty of vegetables and some fruit (which is also sugar but at least you get the fibers and minerals/vitamins of the fruit).

I once tried keto for about a week, but there’s this thing called the “keto flu”, which are some influenza like symptoms you get at first when eating low-carb. This can be really hard but the symptoms disappear after a while. I didn’t know this at the time and I thought keto was bad for my body and I simply quit. Right now, I’m doing sports every day and I’m cutting back on my sugar intake. In a few weeks, I will start doing full keto again.

Here’s a good overview of keto.

Stop fucking around with your health. Unlike all these other shitty diets, this one actually works, there’s a wonderful community supporting you if you decide to give it a try and no-one is capitalizing on your insecurities and trying to sell you crappy books. The information out there is free and it works!

An incredibly motivating story with actionable advice (only think about today and HABITS are key) and progress pics.

You don’t have to be incredibly overweight to do something like keto. You can just be an average, slightly overweight, insecure guy who wants to feel confident in his own body. Oftentimes, very small changes can become powerful and motivating drivers of growth. Implementing a small new habit and actually sticking with it can give you the belief that if I can do this, then anything is possible. And that’s what it’s all about 🙂

As I’m very much into entrepreneurship and making a living without a boss looking over my shoulder (work in progress), I’m very excited about this subreddit.

There’s something incredibly motivating to seeing all those people trying to escape the rat race and actually succeeding. It is possible!

“So I’ll tell you now: bad shit is coming. It always is in a startup. The odds of getting from launch to liquidity without some kind of disaster happening are one in a thousand. So don’t get demoralized. When the disaster strikes, just say to yourself, ok, this was what Paul was talking about. What did he say to do? Oh, yeah. Don’t give up.”  –  Paul Graham

I hate people who tell me all the fucking time that it’s not possible, it can’t be done. Be like us, stop doing all this crazy stuff. Get a real job. Stay. Don’t try anything new.

“Being realistic is the most commonly traveled road to mediocrity”. I truly believe that.

“One of the things I’ve come to thrive is conversation about ideas, about improving myself and open discussion about crazy things without any hint of it not being possible.”  –  Anon

The secret to freedom is COURAGE. Millionaire leaves message of the key to happiness on a bank receipt… showing a balance of $13 million: 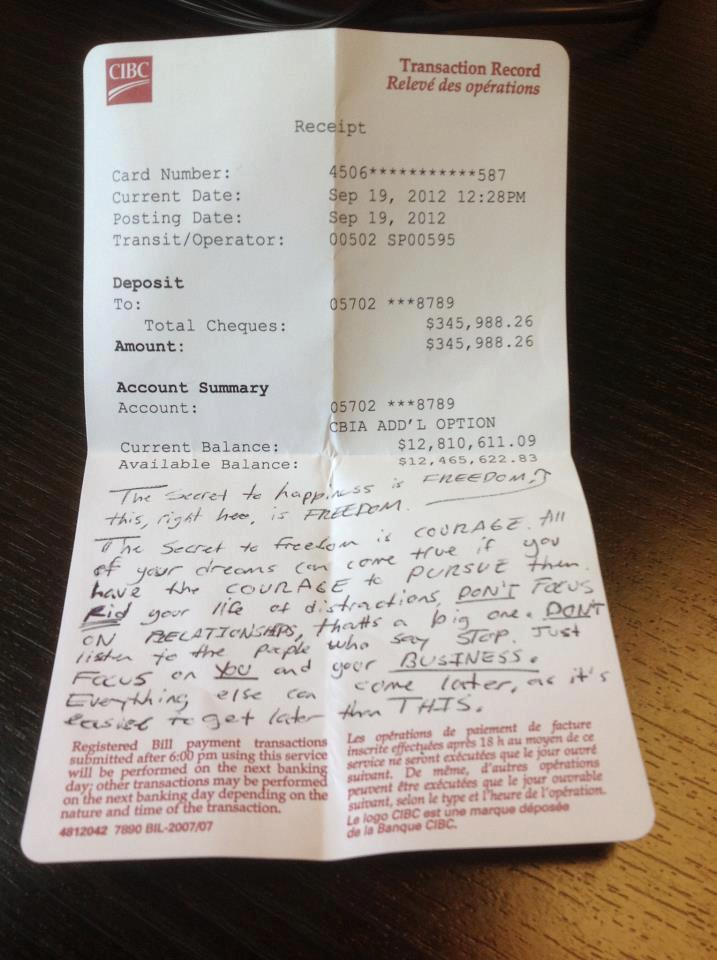 Recently I saw the following quote:

“A human being is a part of the whole called by us universe, a part limited in time and space. He experiences himself, his thoughts and feeling as something separated from the rest, a kind of optical delusion of his consciousness. This delusion is a kind of prison for us, restricting us to our personal desires and to affection for a few persons nearest to us. Our task must be to free ourselves from this prison by widening our circle of compassion to embrace all living creatures and the whole of nature in its beauty.”
― Albert Einstein

This really helps me put things in perspective. I hope I helped some people with this post.

Please help me spread the word. Share this post because maybe, just maybe it can really help someone out there 🙂